How to Make a Japanese Zen Garden in Southern California

How to Make a Japanese Zen Garden in Southern California

We could all use a little more Zen, especially here in Southern California where we often experience a hectic pace of life. It’s no wonder that Japanese-style Zen Gardens are becoming increasingly popular. We all crave peace and simplicity, and more and more of us are finding it in our own backyards.

Join us as we explore a 500-year-old tradition and outline how to make your own Japanese Zen Garden.

The History of Zen Gardens

Zen Gardens are a landscaping aesthetic associated with the Buddhist way of life. Often linked with tranquility and mindfulness, this type of design is often found in temples and royal estates. Monks would tend gardens as a form of meditation or contemplation, while the rich and royal would showcase their wealth and status by the lavishness of their landscaping.

The oft-cited, quintessential example of a Zen Garden is the Ryoan-ji Temple in Japan. This burial place of emperors in Northwestern Kyoto is famed for its enigmatic rock garden. Within a modestly sized rectangular area, five sets of boulders seem randomly placed in a sea of white gravel. More than a million visitors a year come to sit and gaze upon this dry landscape.

However, rock gardens are only one aspect of Zen design. The concepts of tranquility and peace of mind have remained constant, but expressions of these ideas have evolved over time, exemplified in different ways through centuries of Japanese landscaping. For example, wealthier people began to add outdoor tea houses to mimic the journey to a place of spiritual pilgrimage. Outside of a traditional tea house, it was customary to wash one’s hands and mouth to cleanse before entering. As a result, incorporating moving water became a staple of this garden design genre.

Unifying these aspects of Zen garden design is one key idea. Capture this concept, and you’ll be on your way to understanding the principles behind Japanese landscaping.

The Key Element in Any Zen Garden

A Zen Garden is nature in miniature.

The simple definition of a Zen Garden reflects the simplicity found within one. The goal when creating a garden is to copy nature in a myriad of ways. For example, crushed rock represents the sea, raked ridges are the ripples, boulders become mountains or islands, and small shrubs stand in for their taller brothers: trees.

While this seems almost deceptively simple, master garden designer Kohei Owatari emphasizes that everything within a Zen Garden must in fact be very well-designed. Simply copying nature in miniature isn’t enough. One must take into account the surrounding nature that already exists and choose each element with care.

We interviewed Kohei to discover more about his process for designing Zen Garden masterpieces and benefit from the insights garnered from his years of experience.

Here’s what we learned from his expertise.

There is perhaps no other master Zen Garden designer in Southern California with Kohei Owatari’s pedigree. Formerly a gardener at the Japanese Royal House, Kohei was involved in maintenance and modification of the garden. He recalls one particular project where a quarter-mile entryway was lined with a stone border of Mexican Beach Pebble. This project exemplified incredible attention to detail: every stone was individually chosen and polished by hand.

We are fortunate that Kohei’s work is now much closer to home. He founded his business, Modern Zen Garden, locally in Valley Center and quickly rose to prominence as the go-to designer for traditional Japanese landscaping and Zen Gardens. One of his projects was recently awarded the 2017 Garden of the Year from San Diego Home & Garden Magazine.

While there are a number of other qualities that set Kohei’s work apart from the rest, his primary calling card is how he marries ancient and contemporary design. He takes ageless elements and adds a modern twist, adapting the traditional to the Southern California climate. 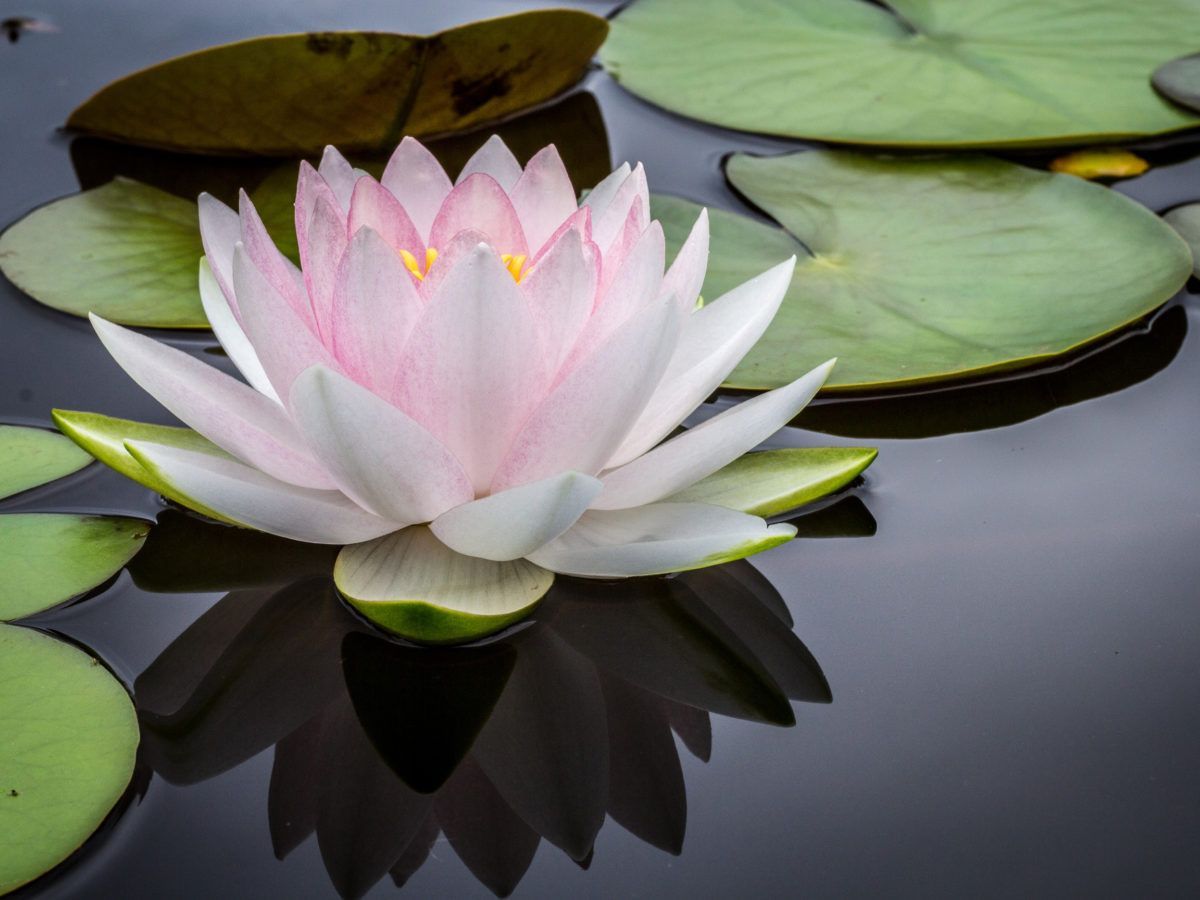 “In Southern California, replace the traditional bamboo water fountain with something adapted to drier climates.”

Adding plants to your Zen Garden

For example, Kohei makes Southern California-friendly plant choices throughout his Zen Garden installations (Keep reading for a detailed list of his favorites). Traditionally, Japanese gardens feature bamboo water fountains that fill and empty as the water cycles and gravity does its work. In California, however, using bamboo in this way is risky. Kohei takes note of our arid climate, observing that harvested bamboo doesn’t last long in dry air.

Instead, he replaces this traditional material with natural stone, carving and hand-chiseling unique water features, or with copper pipes. Using stone fountains and adapting his plant choices ensures the garden will stand the test of time in SoCal, even in drier years.

Don’t make the mistake of using moss as your ground cover! Though often associated with Japanese Gardens, it doesn’t do well as a ground cover in drier areas like San Diego, Orange County and Los Angeles. Moss is more suited to humid and rainy environments.

Of course, Kohei Owatari is a master of his craft and his own unique and inspired style can’t be duplicated. However, he was kind enough to share with us a few of the guiding principles that have contributed to his success and sense of aesthetics.

Here are his insider tips for achieving a beautifully designed garden that stands out above the rest. “Every garden is an art piece.”

With Kohei’s tips in mind, here are seven steps to follow when creating a Zen Garden in your backyard. We’ve also added our tips on where to splurge and where to save if you’re on a budget.

You may have noticed that Japanese Zen Gardens involve a large amount of natural stone products. To help those of you who are new to the world of landscape rock, we asked Kohei to act as our personal guide to his favorite stone choices. Here are specific examples of his go-to products, plus what he looks for when visiting a landscape rock yard like Southwest Boulder & Stone.

Kohei chooses boulders with muted colors like beige, gray or blue. He avoids lighter boulders for his Southern California Zen Gardens because they tend to reflect sunlight and become too bright to enjoy. He prefers angular boulders rather than round ones, to better illustrate the mountains they represent in Japanese landscaping.

“Take flat top boulders, bury them 80% in the ground and use them as a stepping stones to make meandering steps. Boulders 2-3 feet wide will end up being buried 18-20 inches deep in the ground. The result is a very organic path, another example of combining the traditional and contemporary.”

Kohei is unique among landscape designers, cutting and chiseling boulders by hand in his workshop in Valley Center. His water basins and features are all hand-crafted. He is picky when it comes to boulders, noting that different locations, houses, and placement will all require different types of boulders. Matching the existing landscaping is very important. He has a key piece of advice when choosing boulders for water features or for any garden design: “Always pick boulders by hand because each one is literally a piece of art – it’s worth visiting Southwest Boulder & Stone to be able to choose from 10,000 boulders. I always need a particular variety, color and texture each time I choose a boulder, so having many choices is essential.”

Other favorites: anything gray or beige

Here’s an example of Platinum Gold flagstone Kohei used to cover an accent wall in the front yard of one of his Japanese Garden design projects. The beautiful stone privacy screen is also the backdrop for this project’s house numbers – another example of combining form with function.

So, what it is like to work with Kohei Owatari as a landscape designer?

Some of you may be considering hiring him for your own project, so we asked him about his typical design process. Kohei does offer consultations, perfect for people who want to apply his years of experience to their own backyard renovations. However, most of his clients hire him to both design and install their Zen Garden, which is his preferred method of working.

Kohei finds that being involved in a project on a daily basis leads him to achieve higher levels of inspiration as the project develops. Many of his most talked-about garden elements are a result of something unexpected that happened during the project. His genius is truly revealed in the daily details of a project.

Visit Kohei’s website, Modern Zen Garden, to learn more about his work. If you’re located in the San Diego, Los Angeles or Orange County areas, you can contact him to set up a consultation.

Finding Your Own West Coast Zen

Armed with insider tips and expert advice, we hope you’ll attempt your own Japanese Zen Garden right here in Southern California. If you do, we’d love to hear about it! Comment below, or share it with us. We love to feature our customer’s projects on our website and social media channels.

UP NEXT:
7 Best Rocks for Your Succulent Garden

Experts share their secrets on the best landscape rock to use with succulents in outdoor gardens. Learn how to rock!